Dundas Ontario 30th Anniversary At their June 24 2019 meeting , the PROBUS Club of Dundas Ontario celebrated the 30th Anniversary of their formation in 1989. They started with 27 Charter Members, "strictly men only", and welcomed women members in 2011 and now reached a mixed membership of 100. They recently discovered a sister club in Dundas, Australia which is now officially their twin club. Two of their members will attend their August meeting. In a divided world, its hoped PROBUS can be an ever greater force for worldwide friendship, peace and understanding. President Henrietta Harvey and District Director David Ricketts with the gift of an engraved plaque and gavel celebrating the twinning with the PROBUS Club of Dundas, Australia 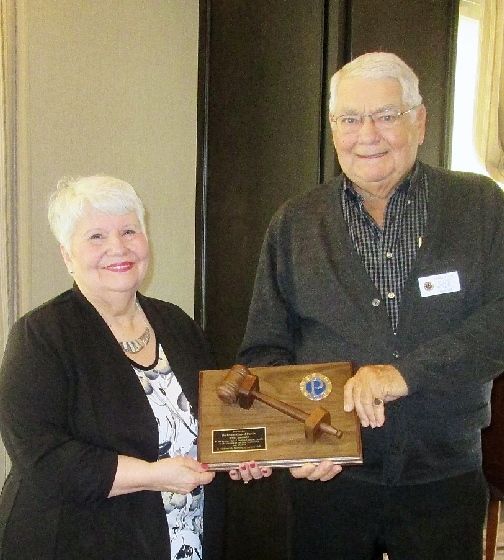