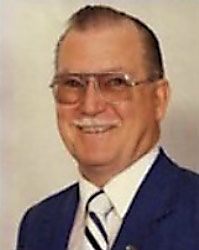 DESCRIPTION: PROBUS CANADA established the award to honour its founder and to recognize his legacy of extraordinary contribution, achievement, and commitment which permeated all his activities both within PROBUS and within the community at large.

AWARD: This award will recognize a member of PROBUS who has demonstrated the spirit of PROBUS beyond meritorious service through outstanding extended and extensive service in both the advancement and expansion of PROBUS and brings recognition to PROBUS from the community at large.

The award recognizes a member of PROBUS who has made a lasting impact on PROBUS and also demonstrates a compelling vision of the future.

The award is to be considered a “rare” award and not an “annual” award. The award should be above and beyond local performance.

This award extends well beyond any meritorious service within a Club to the creation of new Club(s), district contribution, instituting programs, etc., that have a lasting and expansive effect on the national or regional presence of PROBUS.

The recipient is a PROBUS member who inspires a high level of commitment, sets a benchmark for others, and has made a lasting impact on PROBUS, and demonstrates a compelling vision of the future.

Many Clubs recognize outstanding service by an individual in their Club by conferring the title “Life” or “Honourary” member. This award recipient will have demonstrated exceptional performance “over and above” the efforts within one’s own Club.

PROCESS: This title will be awarded only after considerable study of the character, participation, and achievement of a candidate by PROBUS CANADA’s Board of Directors. The minimum criteria for an application are four-fold.

Recipients of the John Morris Award