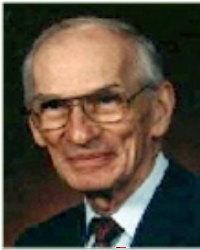 As the first President of the first PROBUS CLUB in Canada at Cambridge, Bert set an admirable example of what PROBUS is all about. Beginning in May 1988 Bert served for four years as the convenor of two meetings each year of the then few PROBUS CLUBS in Ontario. At these meetings, attended by current club Presidents and Vice-Presidents, fellowship and an exchange of ideas on how best to improve the growth of PROBUS clubs was paramount.

He has spoken about PROBUS on many occasions and in 1995 worked with a small committee to incorporate PROBUS CENTRE-CANADA to guarantee continuance of the movement in Canada and served as the first Chairman of the Board.