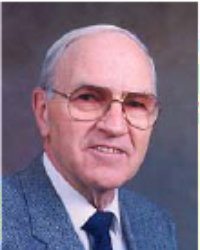 Carl followed up on his chance meeting with a member of PROBUS on a trip to Ireland by persuading the Rotary Club of Brampton, of which he is a Past President, to sponsor the PROBUS CLUB of Brampton. He served as the first President and established the form of meeting that has led to its success.

He has served as a Director, President and Past President of Probus Centre-Canada, .

Carl has assisted with the formation of the Womens' PROBUS CLUB of Brampton and other new clubs at Mississauga Centre and Bolton.

As Secretary of PROBUS CENTRE-CANADA, INC. his duties and interests have now extended to the growth of PROBUS across Canada with particular responsibilities as PROBUS Chairman for Rotary District 7080.