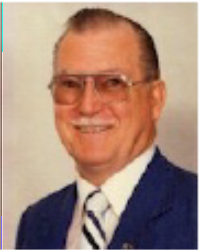 Past President and Originator of PROBUS CENTRE-CANADA,INC. is John Reynolds Morris.

A Rotarian since 1946 and Past District Governor of Rotary International 1976-1977 in an area of Southwest Ontario and New York State, he is a retired insurance broker.

John became interested in PROBUS on a trip to Australia and New Zealand in 1981. He set his sights on beginning and developing PROBUS CLUBS in Canada. After several speaking engagements to Rotary Clubs, success came in March 1987 with formation by the Rotary Club of Galt, the PROBUS CLUB of Cambridge in Ontario, the first club in Canada.