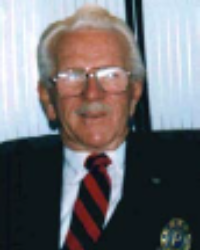 As chairman of the association of PROBUS CLUBS of Ontario for two years, Ron managed to visit many of the clubs to offer help and counsel from his term as President of the large PROBUS CLUB of Burlington.

It was during his term that the idea was developed of having Regional meetings of eight to ten PROBUS CLUBS held once a year, to be followed by an annual meeting of all clubs in Ontario. These have proved to be well received by many clubs. Visits between clubs and exchange of ideas have resulted during Ron's leadership.

He assisted in the start of PROBUS CLUB of Burlington Lakeshore.